The Story of // OSCILLATIONS - I Can See It Coming 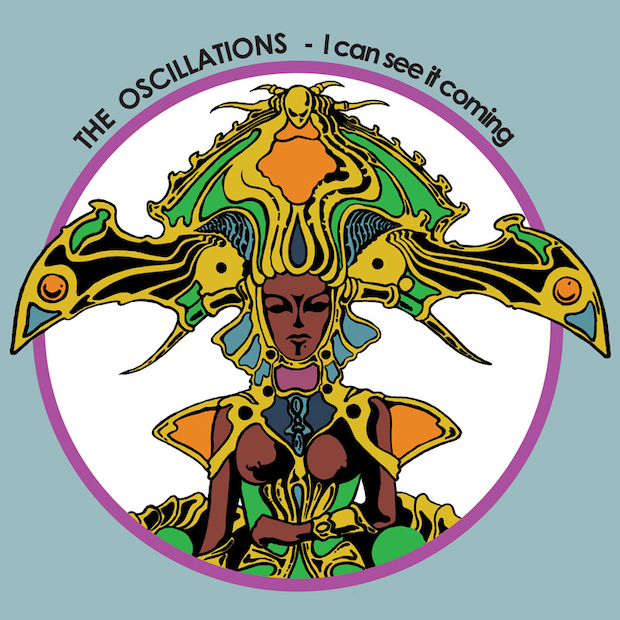 The band Oscillations was formed in the early 1970s among a group of schoolmates at Chililabombwe High School under the leadership of Victor Kunda Kasoma and went on to release a solitary album entitled I Can See It Coming on the Teal label in 1977. A self-taught guitarist, Kasoma was born in Wusakile in 1957. With the unexpected onset of partial paralysis at the age of 10, Kasoma was diagnosed with polio and progressively lost the use of his legs. Demonstrating a natural talent for music, he was encouraged by a teacher who successfully lobbied the school to provide the necessary equipment for his budding teen band.

By the mid-70s, the Oscillations had become a force to be reckoned with on the Kitwe live music scene, performing at community halls, mine clubs and agricultural shows alongside Keith Mlevhu-led rivals The End. Interested in virtuosity and showmanship, Kasoma explored performing while rolling on the ground and was accomplished at plucking strings with his teeth. With polio having mildly affected his arms and fingers, he developed a signature lead guitar technique that drew creativity from his disability and cemented his position on the shortlist of Zamrock’s greatest guitarists. Moreover, his original compositions presented on I Can See It Coming showcased the breadth of his unique abilities.

Recorded at Malachite Studios, I Can See It Coming features Emmanuel Masele on rhythm guitar, Sylvester Mwape Ngwira on bass and Christopher Juggie Tembo on drums. With a 4-minute guitar intro for the album opener “Request to God,” Kasoma’s instrument is firmly established as the driving force of the album and his guitar work is nothing short of astonishing. Notable too is the album’s illustrated cover evoking a warrior goddess archetype and the folk tale “Kapande” that tells the story of a hunter’s encounter with a monster in the forest.