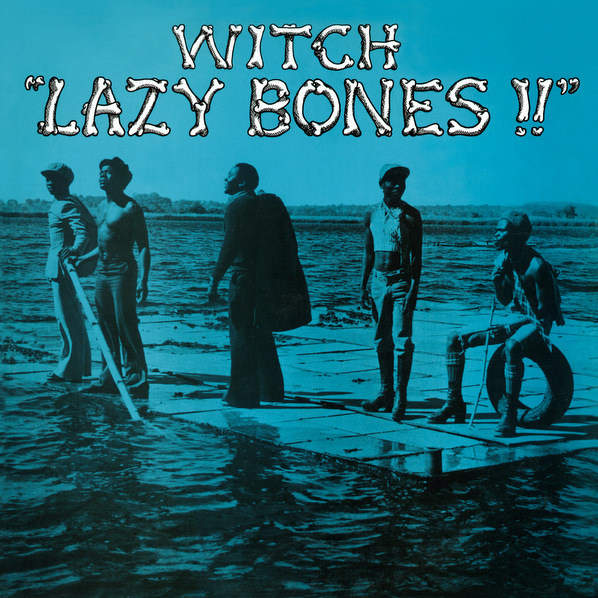 Tracklisting:
A1. Black Tears
A2. Motherless Child
A3. Tooth Factory
A4. Strange Dream
A5. Look Out
B1. Havoc
B2. October Night
B3. Off Ma Boots
B4. Lazy Bones
B5. Little Clown


Liner Notes:
If you’re feeling depressed, low, disturbed, irritable, out-of-sorts, sad, frustrated or wildly demented, then folks, we suggest you seek out a quiet place, indulge in some soothing meditation and cut away that headache by listening to this inspirational album (we’ve even included a copy of our lyrics to assist those who have difficultly in understanding the messages we transmit, in the hope that this will help them dig the LP in total). We would also like to extend our thanks to all those who have supported us in the past – we wish you well, brothers and sisters. To those of you who have been unkind and deliberately troublesome, we suggest you go jump in the lake specifically featured for you on our cover. In closing, a special tribute to our collaborator Shaddick Bwalya for his tremendous contribution to this album. Right On, Witch!

Shadoks Music:
Another out-of-nowhere African 70s rock discovery in the BLO mould. This five-piece electric band plays a strong electric African underground style. Tons of wah-wah-fuzz guitar in every track, African style beats and vocals and all original songs. If bands from Nigeria such as BLO and Ofege and bands from Zambia such as Rikki Ililonga and Chrissy Zebby Tembo are all travelling on the psychedelic highway at 100 mph, the WITCH overtakes them at 120.

iTunes Music:
Lazy Bones was the third album by the 70s Zambian band WITCH. The group was part of the country’s Zamrock scene, a phenomenon that’s been getting renewed attention in the 10s via reissues. WITCH started off sounding like an exciting garage band and ended up playing rock with African elements; this 1975 release mixes hard rock with 60s psych flavorings. “Black Tears” opens with gentle fuzztones blending with acoustic guitar before a boogie beat kicks in and the heavy riffing commences. “Motherless Child” evokes the Detroit-based band Rare Earth, another 70s outfit that mixed crunching rock and R&B. One section of “October Night” has a clearly African vibe that’s mostly absent from the other material. The title track, perhaps the catchiest cut, has a swinging groove that’s irresistible. “Evil Woman” is a slice of scraggly psych that deftly deploys wah-wah while the closer, “Little Clown,” veers into perky pop. The album’s guitar playing is consistently inventive and sometimes downright wild.