WITCH - In The Past 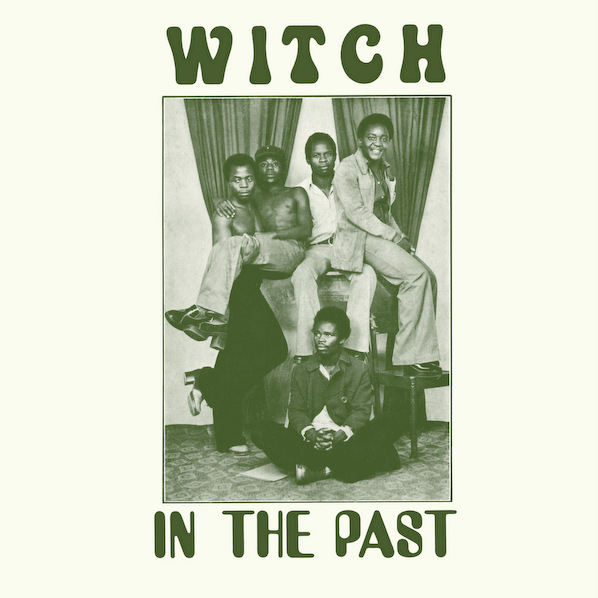 
Now-Again Records:
Zamrock was born in the ’70s in Southern Africa. Merging hard rock, psychedelia and funk, this Zambian genre was influenced by artists as diverse as Black Sabbath, James Brown and The Rolling Stones. WITCH – which stood for “We Intend To Cause Havoc” – was one of the scene’s major bands, and its approach varied over the course of its existence. This album is the second of the band’s two self-produced releases. A midtempo chug carries “The Only Way,” where vocalist “Jagari” Chanda brings some garage-band edge to his vocals. “Mashed Potato,” an appealing mix of low-key James Brown stylings and rock ‘n’ roll, wraps things up.

Strawberry Rain Music:
Maybe the most mellow WITCH offering. First few songs are somewhat folk/bluesy in nature. The rest is kind of beat/garage sounding, but nothing as heavy as Introduction. Still for me it’s a nice change, and when you look at WITCH through their overall discography you can’t help but appreciate their music. While I’m not a fan of the final two albums (I’ve never really taken to disco or modern soul), I have to say that they managed to stay consistent, while still offering a somewhat unique experience across each album. Introduction was the garage album, Lazy Bones! the psychedelic offering, In the Past the folk/blues offering, Lukombo Vibes the progressive offering, there is also a hard rock/pop album and maybe the last decent offering from a rock perspective, and the two final albums are disco/soul in nature. Highlights are “Young Lady,” “I Like The Way I Am” and “It’s Alright.” The rest is similar to Introduction with more of a twangy rural guitar this time as opposed to fuzz. Great stuff.