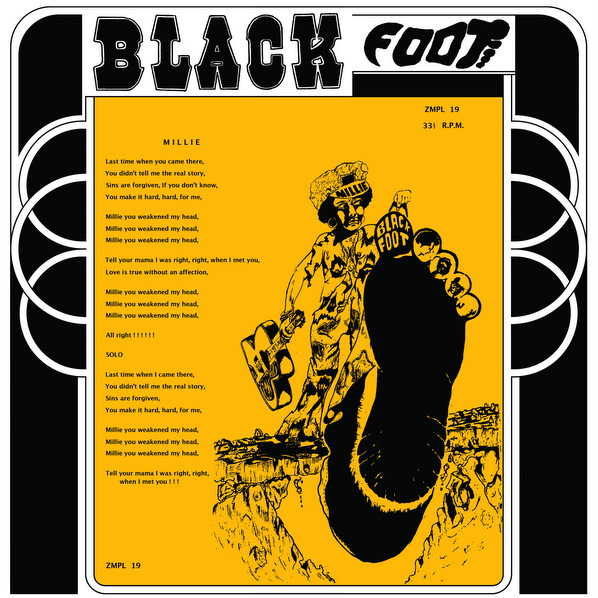 Tracklisting:
A1. When It's All Alright
A2. Papa Papa
A3. Nothing To Give
A4. Sundie's Popcorn
A5. Groovy Bone
B1. Inyonga Ya Tobeka
B2. Poor Connection
B3. Millie
B4. Running Goodson Records


Youth Power Liner Notes:
This LP introduces the “Jackson Five” of Zambia: young, energetic, creative and funky musicians. From Livingstone to Chililabombwe, people scream when the Blackfoot (that Kitwe-based rock, or shall we call it funky-rock, group plays). Since I have worked with or produced all the big names in Zambian music circles, I must admit the Blackfoot being so young and school-going blew my mind when they entered the studio to bring you, especially, this long player called Youth Power. – Goodson Nguni

Leonard Koloko (Zambia Music Legends):
From the city of Ndola came the great band managed by Zambia Music Parlour. The band was originally formed in Kitwe under the name Holando Boys and initially specialised in bubblegum pop before turning to Zamrock.