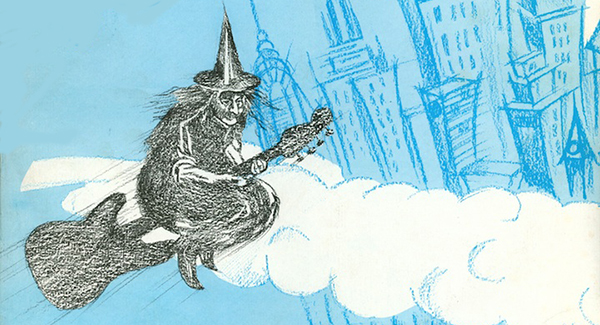 After five long-players that mapped a groovy slew of Afro-rock innovation and secured the band’s reputation among the quintessential exponents of 1970s Zamrock, the WITCH, erm, moved on. And they weren’t the only ones. Paul Ngozi ditched English lyrics and found his voice in kalidula, inventing loopy rhythmic stylistics for the electric guitar akin to his chimurenga contemporaries in Zimbabwe. Increasingly politically engaged, Rikki Ililonga leaned towards reggae to cement his reputation as a topical songwriter. Formerly predisposed to fuzz, the 5 Revolutions graduated to shimmery, interlocking guitar grooves to float songs with appeal that stretched beyond Zamrock’s urban niches.

But the 1980s incarnation of WITCH saw the most unexpected transformation of them all with a pair of disco releases in the Southern African synth and boogie milieu. In the wake of an anthology of the band’s collected Zamrock releases in 2012, Canada’s Invisible City Editions has announced reissues of Movin’ On (1980) and Kuomboka (1984) in 2014. While these albums are potentially divisive among rock purists, Invisible City’s enthusiasm shines through: “Blending American and African influences with stellar musicianship, peerless production and synthesizer work by the great Patrick Mwondela, this is the African boogie version of Band On The Run.”

Says Patrick Mwondela, “I joined WITCH in 1978 and Movin’ On saw the band peak for the second time in its history.” On the subject of old and new, Mwondela writes, “I visited Zambia in November 2011 and was fascinated with the Zambianised rap music that has taken over the airwaves and Zambian television. I met former WITCH band lead vocalist Jagari Chanda and we discussed the current music industry in Zambia at length. I was surprised to learn that Zamrock from the 70s and 80s has sparked some interest in North America.” 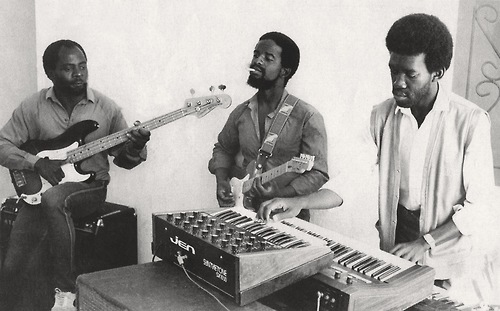