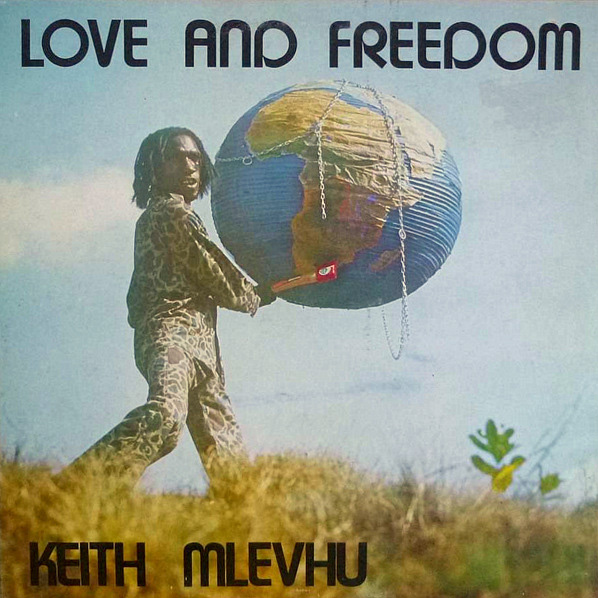 Tracklisting:
A1. Love And Freedom
A2. Bwelelenimo Kumushi
A3. I Am Your Warrior
A4. Fwebana Ba Nomba
A5. Repenting My Sins
B1. My Gun
B2. Ubuntungwa
B3. Inkongole Tashawama
B4. I Am Your Star
B5. Adam & Eve


Leonard Koloko (Zambian Music Legends):
In 1976, Keith travelled to Nairobi under the sponsorship of Teal Record Company to record his second album Love And Freedom. Recorded at Sapra Studios, the album was still on the Mac Bullet label and set new record production standards. This was the first Zambian album to be presented in a full colour cover sleeve jacket. On the cover design, Keith, with plaited locks, is depicted adorned in military camouflage breaking the chains strapped around the globe, his axe deliberately aimed at Southern Africa, where Zimbabwe, Namibia, Angola, Mozambique and South Africa were still struggling for their freedom. The album design was accredited to the artiste himself.

SHARP-FLAT Records:
Axe-wielding guitar wizard Keith Mlevhu chops the chains of the socio-political Southern Africa of 1976. “Love and Freedom” is the title track of his second solo outing recorded at Sapra Studios Kenya and released on Teal in 1976. The acclaimed LP would see another release by WEA in 1978. It is believed to be the first Zambian album to be adorned in a full-colour sleeve.