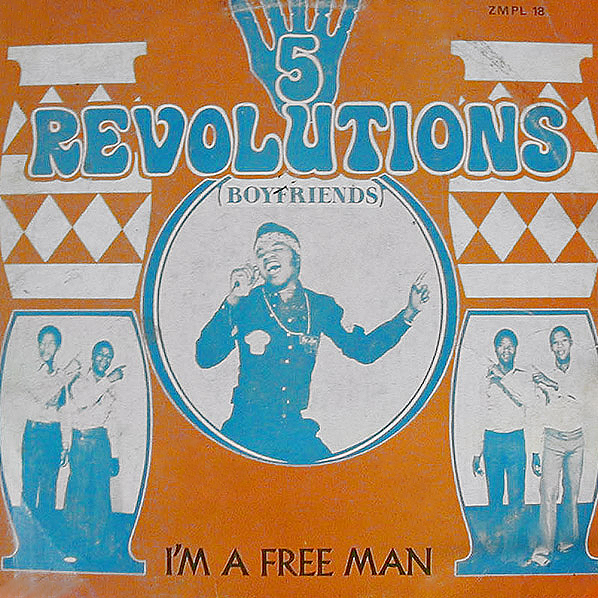 Tracklisting:
A1. Mwapulumuka Kunjala Adaka
A2. You Got To Find Out
A3. I'm A Free Man
A4. Kulemelo Kwa Bambo Wanga
A5. Respect Yourself
B1. The Zambian Revolution
B2. Feeling Allright
B3. Bombwe Mafika Part 2
B4. What Can We Do


Ben Phiri (Times of Zambia):
A weekend search at Lusaka’s Kilimanjaro Night Club by music promoter Edward Khuzwayo and his producer David Nyati during the 1970s revealed massive talent in the form of a youthful band calling itself the 5 Revolutions. The band was crazy when it came to stage gimmicks, which went well with the fashion of those days when local musicians sported Afro hairstyles with high-heeled shoes, tight bell-bottomed trousers and balloon shirts. This was the style of the 5 Revolutions, whose Zamrock sound blended heavy rock from foreign bands with Afrobeat pieces from Osibisa and Nigeria’s Fela Anikulapo Kuti.

Leonard Koloko (Zambia Music Legends):
These five lads from Ndola swept teenagers off their feet with their bubblegum pop hits in the mid-70s. They were a splinter from the Boy Friends of the era of imitation. Managed by Zambia Music Parlour, they churned out songs that youths easily identified with because of messages that touched on adolescent social issues such as girl-boy relationships, the generation gap and drug abuse.