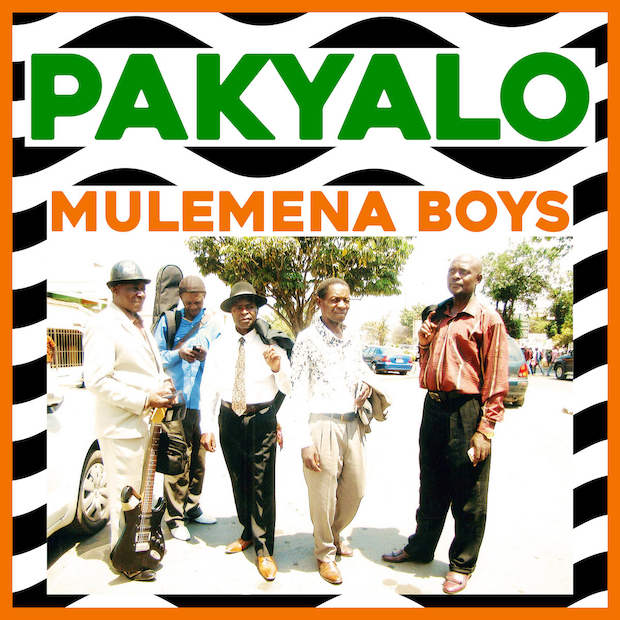 While the works of many great artists from the 1970s and 80s was handled by Zambia Music Parlour, there are a handful of groups that had a special relationship with the label, benefitting not only from the production, manufacturing and distribution of albums but also from band management, promotion and bookings. The Tinkles was one of these groups, providing ZMP with their debut release. Barely out of school, Blackfoot were another, taken under the wing of A&R Billie David Nyati to help shape their career. But perhaps the group most strongly associated with the label in the collective consciousness of Zambian popular music is the Mulemena Boys.

Named in honour of Zambia Music Parlour recording artist and honorary producer Emmanuel Mulemena, the Mulemena Boys was founded in the wake of their namesake's death in 1982 by members of his backing band. The group burst on the scene in 1984 with a debut dedicated to their former bandleader that drew partly on the type of folk music that Mulemena had popularised in the 1970s, partly on the kalindula sound that was shaking up the music scene in the 1980s, and partly on rumba imported from the Democratic Republic of Congo. With its signature use of the drum machine and timeless good vibes, A Tribute to the Late Emmanuel Mulemena was Zambia Music Parlour's best selling title of all time. After a sophomore release, the Mulemena Boys were succeeded by the Junior Mulemena Boys under the leadership of guitarist Fred Bwalya. The group continued to release albums on Zambia Music Parlour until the 1990s, when vinyl production in Zambia was discontinued. Despite a long hiatus from recording, the Mulemena Boys have remained a well-loved institution on the live music scene in Zambia.

In 2015, the band finally returned to the studio to record again. Pakyalo (meaning "the world") captures the Mulemena Boys delivering their rock-solid formula and holding the torch for the old ways. They also haven't forgetten their forebear, revisiting "Imbote" from Emmanuel Mulemena's Shuka Shuka album in 1974 - the second LP ever released by Zambia Music Parlour. With Pakyalo, the Mulemena Boys return to their record label partner to deliver ZMP's first release since the 1990s, a landmark comeback with catalogue number ZMPL 100.