The Story of // CROSSBONES - Wise Man 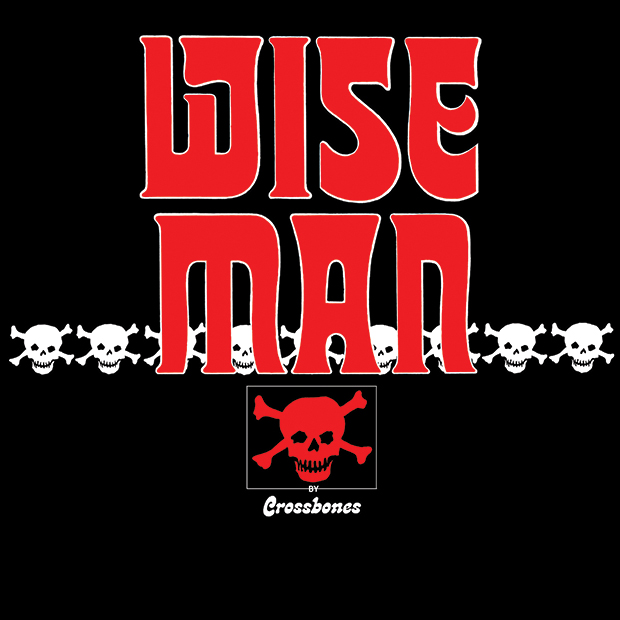 In addition to just a handful of non-album singles, Wise Man is the sole recorded output from Crossbones and covers a spectrum from rock fury to psychedelic dirge while touching on local rhythms and even offering pair of female vocal ballads. The band was the brainchild of vocalist and drummer Nicki Mwanza, who co-founded the original lineup of Born Free in the early 1970s after launching his career in a group called Afro-Dynamite. Born Free, however, would evolve into the Mike Nyoni outfit that recorded the Zambia Music Parlour release Mukaziwa Chingoni in 1975. Mwanza started the band Crosstown Traffic after Born Free and later merged the two names to come up with Cross-Borns, hence Crossbones. The album was recorded at Lusaka’s dB Studios in 1976 and was the third release on the Teal imprint Zambezi following Ricky Banda’s Niwanji Walwa Amwishyo.
The lineup on Wise Man saw Mwanza taking vocal and percussion duties flanked by searing hot guitarists George Mlauzi and Henry “Mad Doc” Nkatha with Joe Tembo on bass, Richard Shachobe on drums and Sebby Nyirongo on organ. The band’s secret weapon was female vocalist Violet Kafula, who contributed two compositions and lead vocal performances to the album. Working as an office clerk in Lusaka in the early-70s, Kafula befriended Born Free as a fan and later convinced Mwanza that she could sing. With the encouragement and foresight of dB’s female engineer Nikki Ashley, Kafula’s duet “Mwebalume Bandi” was released to promote the forthcoming Wiseman album and became a hit single that reportedly sold 14000 copies. Her famous lament of lost love paved the way for Kafula’s solo career as a cabaret artist fronting a variety of groups and cemented her place in music history as the “Godmother of Zambian Pop.”
In spite of foreboding skull and crossbones motif on the album artwork, a cursory back cover glance at the band photograph and original liner notes paint the picture of playful ensemble. The standout track “Sunshine & Rain” opens with a gloomy mood recalling Canadian Bonnie Dobson’s post-apocalyptic folk classic “Morning Dew” yet inverts expectations by painting a picture of a flourishing Zambian landscape of growth and optimism populated by happy children and farmers as well as city kids dressed in the latest fashions.