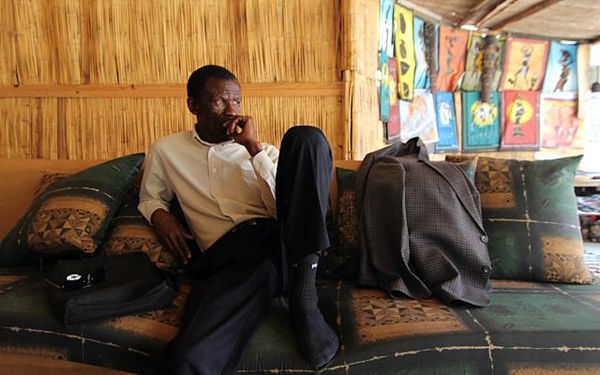 Here is the short story of the Drive Unit band. The formation of the group began when Amanaz disbanded just after recording our only album Africa and some members of the band decided to go their own way. John left for Mufulira where he met a businessman who asked him to help form a band that was later called Who's Who in the Zoo. Isaac took the road that has no end and ended up a subsistence farmer. Jerry, Watts and I refused to bury our heads in the sand and recruited Ricky Banda on guitar and Webby Kausa on second guitar (from Zambia and Zimbabwe respectively). We connected ourselves to an Indian businessman called Mr. Tata, who owned a local retail shop with vinyl records who helped us record the singles "Watch Out" with "Dala" on the flip side and "Honest Woman" whose flip side has slipped my mind. The singles were played on the air frequently but alas what happened to Amanaz also happened to Drive Unit. History repeated itself and immediately after recording, Ricky and Webby went on their way. Jailos Mukubonda replaced them on guitar and we reverted to Amanaz for a month-long tour of Luapula Province and a few local shows sponsored by the social welfare department of the Ndola City Council. After the tour, the last page of the history of Amanaz was written. Watts and I jammed in other bands in Lusaka for a few gigs but I mostly turned to the business of repairing office machines, supplying stationery and providing secretarial services in the central arcade. I was there for 25 years and was successful. It was there that I was saved and called into the full time ministry of preaching the good news to the lost. I am doing the same today.
- Keith Kabwe, May 2020