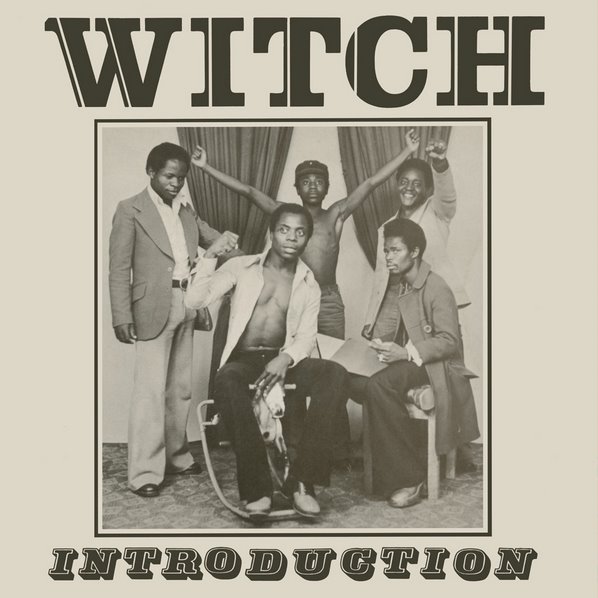 Tracklisting:
A1. Introduction
A2. Home Town (Instrumental)
A3. You Better Know
A4. Feeling High
A5. Like A Chicken
B1. See You Mama
B2. That's What I Want
B3. Try Me (Instrumental)
B4. No Time

Leonard Koloko (Zambian Music Legends):
“We intend to cause havoc!” so they declared. The declaration “acronymed” to WITCH and throughout their existence on the local music scene they wreaked havoc and bewitched many fans into following them en masse wherever they played and on every record they released. The group originated from the famous Chamboli Mine Township in Kitwe. Renowned for notorious activities, Chamboli was one place where gangster life ruled and social life thrived with many teeny-bopper backyard bands in various sections.

Now-Again Records:
The opening title track finds vocalist “Jagari” Chanda introducing the band over a churning garage-rock groove decked out with organ riffs; the group turns this standard trope into an exciting track. Check out the funky rock ‘n’ roll drums and rhythm guitar on “That’s What I Want,” a cut that also features a delightfully dirty guitar solo. (The lead playing is a wonder throughout). “No Time” has an itchy guitar riff, nasty lead work, and tense, propulsive bass.