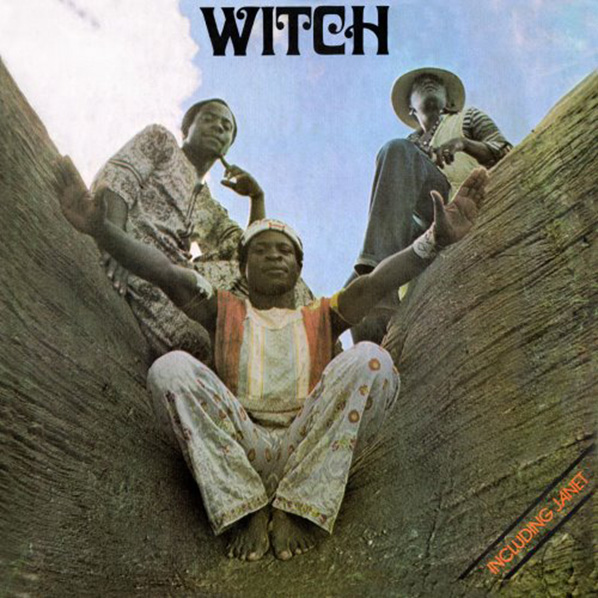 
Leonard Koloko (Zambian Music Legends):
With Zam-Rock now the in thing on the music scene, the Witch embraced it and subsequent hit single releases were in that genre as was the fifth album, which was titled WITCH [aka Including Janet]. The album carried tracks like “Nazingwa,” “Janet,” “Ntedelakumbi” and “Anyinamwana.” At the time they were releasing WITCH, front man and vocalist Jagari Chanda had divided loyalty. He had enrolled at Evelyn House College to pursue the Music Teacher’s Diploma course, which was quite demanding and reduced his contact time with the band. Alex Kunda had also moved in and contributed a lot to the Zam-Rock feel of the album.