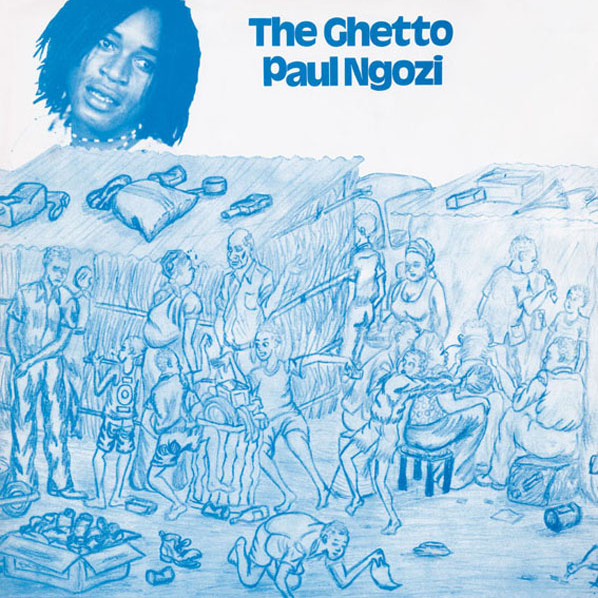 Ben Phiri (Times of Zambia):
With his trade mark dreadlocks and donning very tight jeans in the brands of Lois, Brutus, Levis, Ranger, Seamark and Wrangler with dazzling upper garments and high heeled shoes popularly known as “Galagatas” or sharp pointed ones such as those popularised by musician and movie star John Travolta, Paul was a man who was in his own world shaping up his own style of music and fashion. This went with his stage gimmick characterised with playing the guitar with front teeth and sometimes making the guitar cry wildly like an animal. His guitar works were the likes of rock bands like Deep Purple, Grand Funk, Jimmy Hendrix, Black Sabbath, AC/DC or Thin Lizzy to mention only but a few.

Shadoks Music:
Paul Ngozi (ngozi means “danger”) with his band gave a popular voice to what later was called Zamrock, a cool fusion of older African rhythms and 70s rockish underground modes – never too polished but with a tightness that might have made Anglo groups up in London sit up and take notice. The guitars are razor-sharp here which sounds great next to the harder rhythms at the bottom and the album’s mix of English and Zambian lyrics.