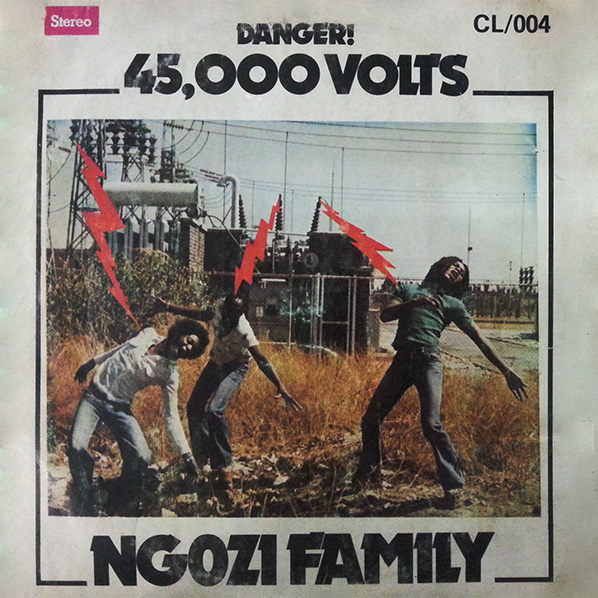 
Leonard Koloko (Zambian Music Legends):
They were the most prolific band when it came to churning out records. Between 1976 and 1989, Ngozi Family released more than fourteen albums and over 50 singles. On 45,000 Volts, the band posed at an electricity sub-station being struck on their heads by electricity sparks.

Strawberry Rain Music:
The Nosmoke reissue used the Kenyan Sungura pressing for the cover. I wasn’t aware of this pressing until recently. There is also the Zambian pressing on Chris Editions that has a white cover with the band on the front getting shocked by cartoon lightening bolts.