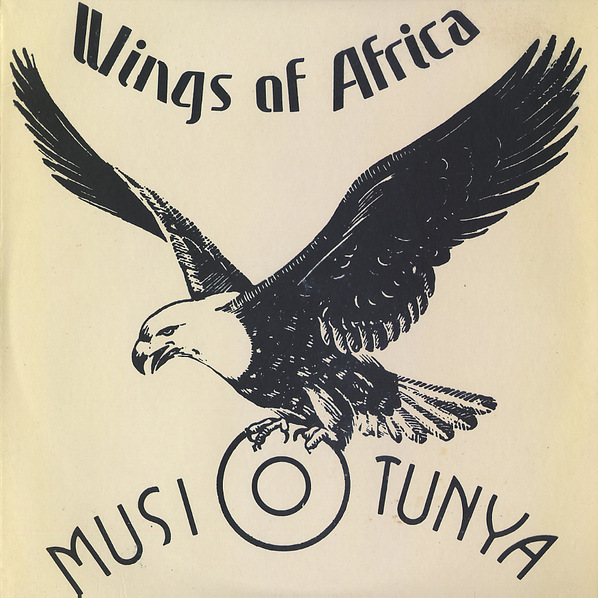 
Leonard Koloko (Zambian Music Legends):
Musi-O-Tunya’s repertoire ranged from traditional tunes to original compositions. Their songs done in English carried universal themes making them easily accessible internationally. After charming audiences in Zambia’s tourist capital, Livingstone, the group shifted camp to Kenya, another African tourist hotbed where their popularity grew beyond borders. It was in Nairobi that they entered the recording studio to churn out their debut album, Wings of Africa, released on on 24 January 1975 in the vinyl, LP format. Recorded at the famous Sapra Studios, this was a seaming hot album with great pieces of music. The title track is a call for Africans to take pride in their “African-ness” and to “fly away” to prosperity. MoT also recorded and released a number of singles that rocked the local music scene.

iTunes Music:
The band’s debut full-length release, 1975’s Wings of Africa (recorded in a single day), adds some surprising elements to the funk and rock that were sweeping the continent at that time, including almost klezmer-ish clarinet on “Mpondolo” and horns that seem to be working in deliberate opposition to the rhythm section on “Walk and Fight.” Musi-O-Tunya’s version of Afro-funk was decidedly more aggressive and less devoted to hypnotic rhythms than the Afro-beat of Fela Kuti, which was developing in Nigeria at more or less the same time, with tracks frequently featuring long and harsh acid rock guitar solos.