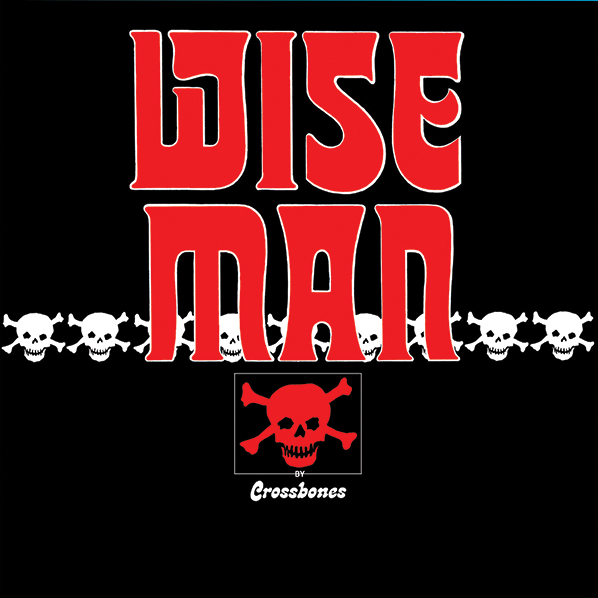 
Liner Notes:
Who are Crossbones? Well, there’s the Mad Doc who’s guitar never seems to touch down. Then there’s George. His guitar is pink. (He thinks it’s scarlet with pink stripes). Sebby plays the organ. Sounds like a relatively easy job – but you should see the organ, it’s got teeth, not keys! And Joe, well there’s not much I can say about him, he stopped talking the day he picked up his bass guitar. Now it does all the talking for him. He loves big sunglasses. Nicky, apart from singing, buys groceries and loves big hats. The drummer – I can never remember his name (it’s Richard, really) is a quiet guy except that he keeps dropping his cymbals. Violet, we mustn’t forget Violet. She’s got the biggest sense of humour around – and she’s cheeky, too. Well, that’s the Crossbones; and in all seriousness, they’re just great to work with. Snatched from the jaws of death, they were deposited “en masse” on a Teal contract form, a little shaken but not in the least subdued. They picked themselves up and strolled though their surroundings: found the scenery very pleasant. Finally discovered the dotted line and promptly went to sleep. Dreamed up some nice little numbers, too. We hope you enjoy listening to them as much as we enjoyed recording for you. – Nikki

Leonard Koloko (Zambian Music Legends):
The Crossbones unveiled diva Violet Kafula when her voice spiced up their famous Wise Man album on which she contributed the track “Mwebalume Bandi.” The song stole the hearts of many music followers because of its rich message in which a woman bemoans the waning of her husbands love. The song catapulted her to fame in 1975 following its release as a single. Within weeks, it had sold over 14 000 copies. Violet joined the Crossbones in 1973, breaking the barrier that unofficially barred female artists from coming out in the open musically.