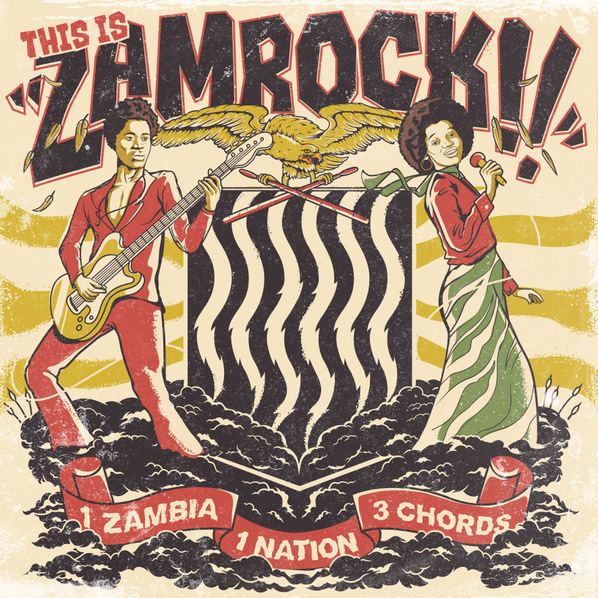 With growing interest in the recorded output of 1970s Zambia, Jagari Chanda (WITCH) and Rikki Illilonga (Musi-O-Tunya) have seen their work reissued in recent times. December 2012, however, was a threshold month as the veteran Zamrockers teamed up with Germany’s Karl Hector & The Malcouns to perform at the Trans Musicales Festival in France. Appearing under the super-group moniker Zam Rock, this was Jagari Chanda’s first appearance on a stage outside Africa. The pair’s initial Lusaka rehearsal in November 2012 is the subject of a short film that launches a web series entitled This is “Zamrock!!” that goes online on Thursday 7 March 2013.