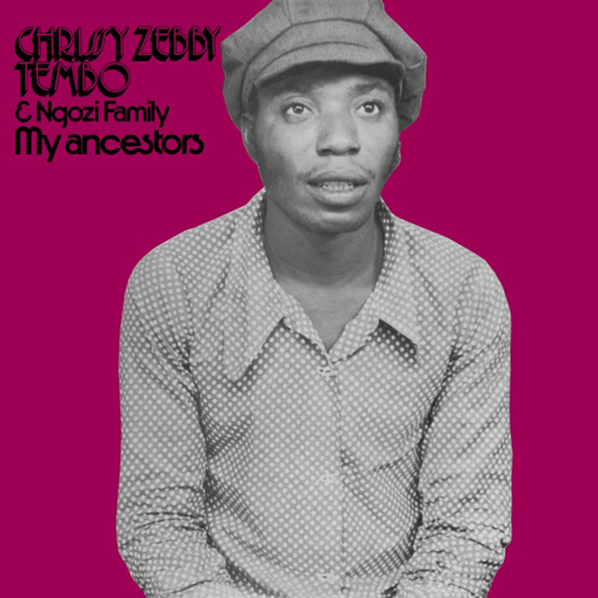 Tracklisting:
A1. My Ancestors
A2. Trouble Maker
A3. Lonely Night
A4. Coffin Maker
A5. Oh Yeh Yeh
B1. Fisherman
B2. I've Been Losing
B3. Feeling Good
B4. Gone Forever


Liner Notes:
Chrissy Zebby Tembo was born in Chingola 27 years ago. He started his musical carreer in 1970 as a drummer for the Scorpions, who became Three Years Before and are now the Ngozi Family. And now Chrissy has recorded this solo album and hopes you’ll enjoy listening to it. Thanks to Tommy Mwale on bass and Paul Ngozi on guitar.

Strawberry Rain Music:
Zebby’s debut album is probably his most consistent offering and, to date, his most notorious as it’s been reissued a couple of times. It would have benefited from a bit more variety but I think for people just getting into Zamrock this will raise eyebrows quicker than someone like Blackfoot or 5 Revolutions would as it’s got fuzz all over. Currently one of the staples of the genre.

Now-Again Records:
The late Zebby Tembo, as he was often referred to by his bandleader, recorded at least two albums under his own name, as well as a collaborative album with Ngozi and a handful of 45s. All are special, and feature the drummer’s straight-ahead thrust and throaty vocals amidst Ngozi’s constant fuzz guitar.

Shadoks Music:
This might be the final chapter of our releases from Zambia (unless we find an unknown album which is as good as this one). Chrissy Zebby Tembo is the drummer of the Ngozi Family. This time the album is under his name and Paul Ngozi is his guitarist. This album is so great, we left the best for the last Zamrock release. Wild fuzz guitars all over (how do they get those sounds?), African beats and extra cool vocals. People say it’s easily one of the best African psychedelic rock albums ever recorded – raw and rough with gaping charm and tons of front-and-centre fuzz guitar over basic, ultra catchy rock/pop tunes reminiscent in style to maybe the Velvet Underground. The songs are sung in English.