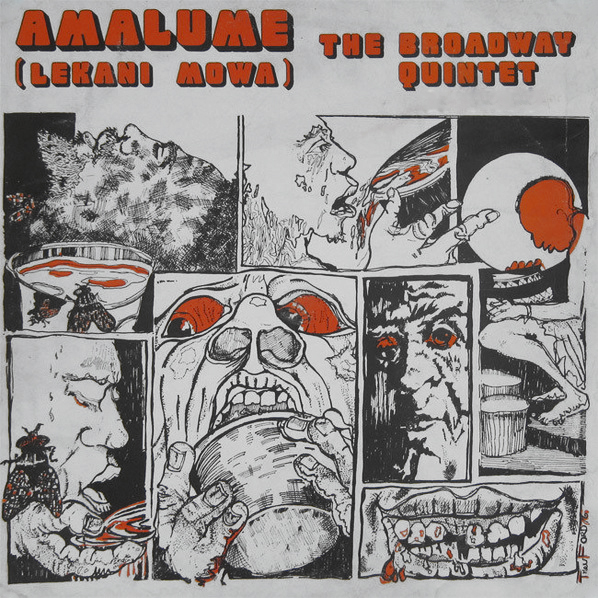 They hail from such old-time groups as the Rhokana Melodies, The Crooners, De Black Evening Follies and The City Quads. It was the UNIP National Band of 1962 that brought the boys together. And they’re still together 14 years later! Tony Maonde, Zacks Gwaze, Timothy Sikova, Jonah Marumahoko, Simanga Tutani – individually, musicians of rare talent; together, The Broadway Quintet, polished night-club performers of Lusaka’s Hotel Intercontinental. But, beneath their public image there runs, like the mighty Zambezi, a creative force that explodes with originality and electrifying beauty. From vocal compositions like “Mr. Music” and “Change Your Mind” through the more traditional “Jiye Manguwe” and title-track “Amalume,” The Broadway Quintet move into instrumentals of the brilliance and vitality of “Matteo” and “Nifyo Fine.” To The Broadway Quintet we say, “Thanks for a fantastic LP.”